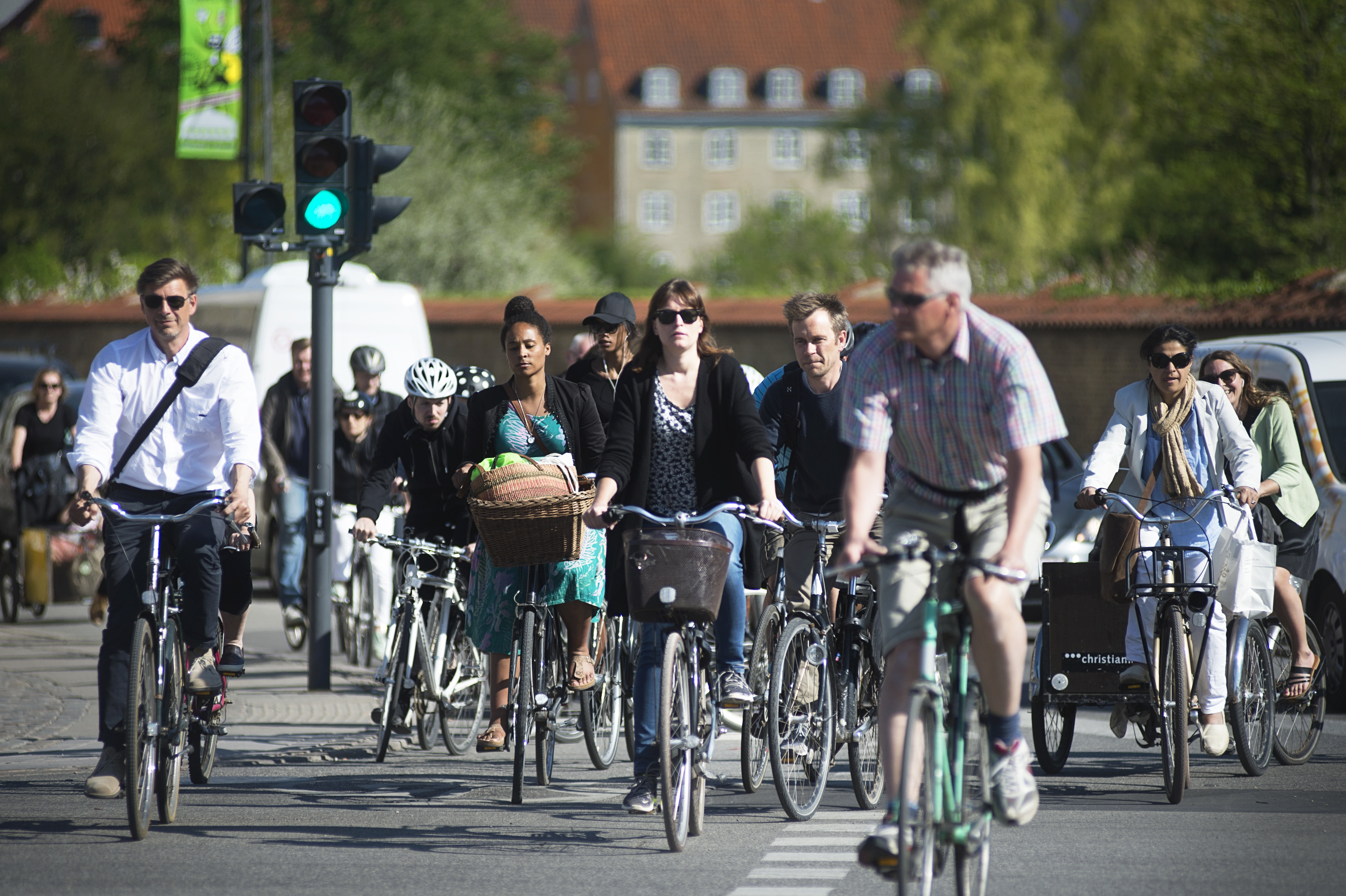 In the 1960s, cars were threatening to displace bicycles in the main Danish cities. But the oil crisis, the environmental movement and a couple of controversial road projects reversed the trend, and the bicycle culture started to flourish again. Photo: Danish Cyclists’ Federation, Marie Hald

Why do Danes cycle so much? A journey back into Denmark’s history shows how and why Copenhagen and other Danish cities have managed to maintain a flourishing bicycle culture despite some bumps in the road.

In the 1960s, cars were threatening to displace bicycles in the main Danish cities. But the oil crisis, the environmental movement and a couple of controversial road projects reversed the trend. This is however just part of the story behind why Danes still cycle so much.

The bicycle was invented in the latter half of the 1800s. The first bicycles were quite primitive and  somewhat awkward to ride. Nonetheless they soon became the big fashion craze – especially among young men in high society.

Bicycles were first used for sport and recreation, but in the late 1800s some more practical types of bicycles gradually came into the market, and the general public, who otherwise had poor access to transport, quickly adopted them. 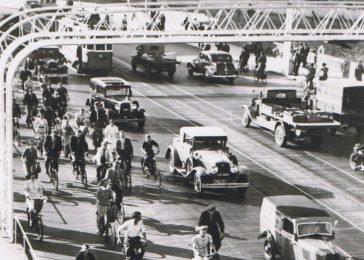 The bicycles’ first heyday lasted for half a century until around 1960 in Denmark. Photo: Danish Cyclists’ Federation’s archive

With the bicycle, ordinary men and women suddenly gained much more freedom of movement. The bicycle was their ticket out of the inner city’s cramped tenement houses and into the clean air of the rapidly growing suburbs.

In a Danish context, the bicycle has been inextricably linked with freedom ever since. Photographs of urban scenes from the 1930s clearly show how Danish cities became cities of bicycles in the first half of the 1900s. People from all social classes cycled on a large scale and several professions also adopted the bicycle. Today, cycling postmen and home helpers are still a permanent part of street life.

The bicycles’ first heyday lasted for half a century until around 1960. Then, the increasing standard of living slowly but surely made car ownership possible for more and more families. That development was welcomed. Cars and single-family houses were vigorous symbols that the depression of the 1930s and the darkness of World War 2 had lifted, and that a brighter future lay ahead.

But what is a brighter future? The multitude of cars brought not only prosperity but also pollution, congestion and traffic accidents. It can be an eye opener to see photographs from Copenhagen in the 1960s. Many of the areas now treasured by the city’s inhabitants and tourists alike are car-free areas. But in the 1960s they were characterised by dense traffic and car parks. Nyhavn, Strøget and Langelinie are just some examples.

Until the 1960s, Copenhagen’s history unfolded in parallel with developments in many other western  metropolises. But then a number of things happened which made Copenhagen and several other major Danish cities depart from the beaten track. During the 1960s it became increasingly difficult to turn a blind eye to the many traffic accidents and the growing pollution problem. Copenhagen was no longer the city of bicycles that most Danes knew and loved, and it upset a lot of people.

For more than half a century, bicycles had steered their way into the core of Danish self-perception through the visual arts, poetry and music. The cheerful spinning of the wheels and the summery image of a blonde haired girl cycling through the town – what was the city without this? At the same time the budding environmental movement and the oil crisis greatly helped to shake the dust off cycling culture, which in the 1970s again began to appear in a positive light. 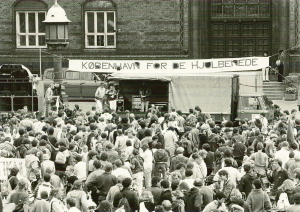 From the 1970s to the 1980s, several conflicts arose between bicycle and car interests in Danish cities. One example was the wave of popular protests which followed in the wake of a proposal from the Copenhagen authorities to establish a motorway across the lakes which separate the inner city of olden times from the more recent suburban districts. There was an enormous outcry because, then as now, the lakes were some of the city’s loveliest open spaces.

Gradually it became clear to most people that the solution to the problems had to be city planning that gave space to cars, bicycles, pedestrians and public transport. Out of this realisation grew the Danish model with its extended network of cycle lanes along the roads.

In Denmark, as in other countries, there is a desire to improve public health and combat climate change. In Copenhagen and several other Danish cities it has led to an intensified effort to maintain and strengthen cycling culture.

The bicycle is an additional choice

Cycling – especially in a wealthy country like Denmark – is for most an active additional choice which can easily change. So the only way forward is to make it safe, easy and attractive to cycle, and that does not happen solely by changing the infrastructure.

In Denmark there is a strong tradition for people from all strata of society to cycle. Most Danes associate the bicycle with positive values such as freedom and health. In recent years, cycling has also become a symbol of personal energy. The bicycle has become ultramodern again, aided by societal development, successful political initiatives and conscious marketing.

The three largest Danish cities – Copenhagen, Aarhus and Odense – have all carried out large branding campaigns that put cyclists in a positive light. The result is an increasing number of cyclists and cleaner, healthier and more lively cities. 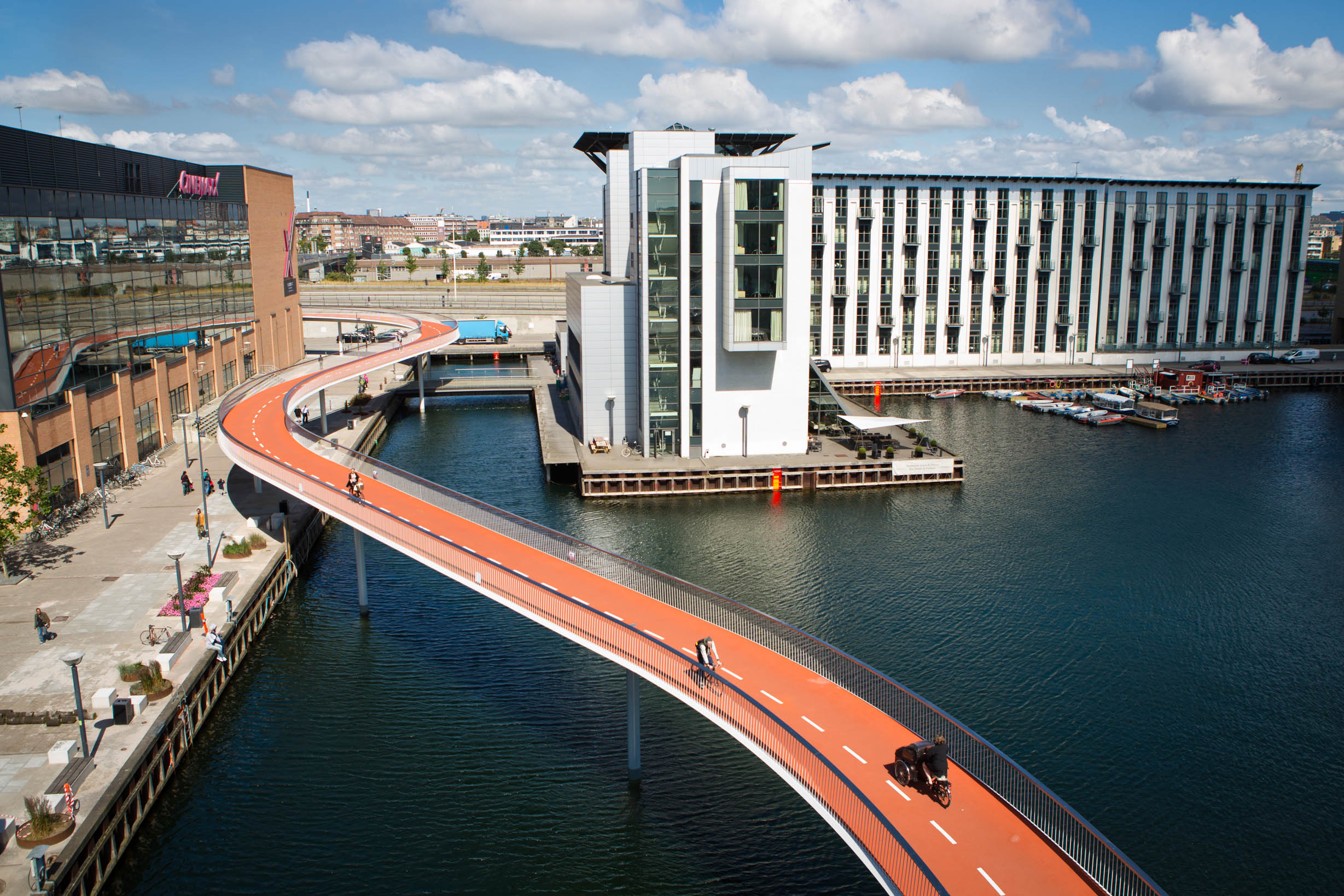 Data is crucial in terms of advocating, promoting and planning for cycling. Find Danish cy…