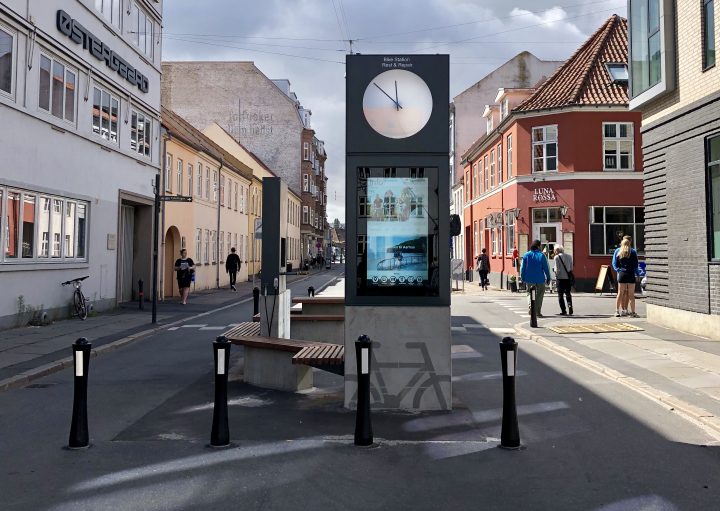 In addition to the basic infrastructure such as cycle tracks, bicycle parking facilities, etc., there are a number of nice-to-have elements that make biking more enjoyable, easier, or just more fun. In addition, these urban space elements send the signal that cyclists are being looked out for and are highly valued.

Cities that have already successfully established the basic cycling infrastructure such as a cycle track network and bicycle parking facilities can advantageously take it to the next level and install street furniture for cyclists.

Footrests at intersections, litter bins tilted at a bike- friendly angle, pumps and bicycle counters, all inconsiderable elements in themselves, help send a signal  that “every cyclist counts” thereby contributing to a bike- friendly, livable city.

Such elements don’t necessarily result in more cyclists, but they have a clear signal value, and by sending the message that cyclists are highly valued, they encourage existing cyclists to keep on cycling. Furthermore such measures are relatively low cost compared to actual infrastructure.  Bike- friendly street furniture can be advantageously factored in when planning and designing a new cycle track or when upgrading an existing stretch. For example, footrests and bike- friendly litter bins along the Cycle Superhighway cycle tracks are an integral part of the Danish Cycle Superhighway design line.

Bicycle counters are increasingly being installed in Danish cities and abroad. When a city counts its cyclists and displays the result on a real time traffic counter, it shows it appreciates its citizens and is eager to support them. It also sends the signal that cyclists are all part of a greater whole and together we are many.

After Copenhagen traffic counters’ first year of operation, 10,000,000 cyclists had cycled passed a counter, the equivalent of twice the population of Denmark.

Data collection is not just an eye catcher; it collects real data, which is useful for the local authority, for example to document an increase in bicycle traffic in a given area

No matter what technology is used (inductive loops, radar), it is crucial for the user’s experience to be counted prior to passing the counter so the cyclist can actually watch the display change. This imparts a sense of belonging and ensures that the cyclist doesn’t mistakenly believe the counter is out of order.

If cyclists need air for their tires or a drink of water, a bicycle service station is a welcome friend.

A service station may include service options on various levels, ranging from a wide variety of specialized tools and bicycle wash facilities to the more basic repair stands and tools for fixing minor defects, such as pumping the inner tube so the journey can continue, or grabbing a drink of water at a fountain.

Toss it in the bin – in a safe, bike-friendly country like Denmark lots of people relax and enjoy a snack or a coffee-to-go as they bike. But what to do with the trash afterwards? The solution is the bike- friendly litter bin.

A bike- friendly litter bin is simply a litter bin tilted toward the cyclist so he or she can toss litter into the litter bin while cycling.

Bike- friendly litter bins in Copenhagen originally consisted of the city’s standard litter bin model  mounted on a newly designed bracket making it possible to tilt the bin and still be able to empty it during litter collection.  Since then various street furniture suppliers have provided other solutions. 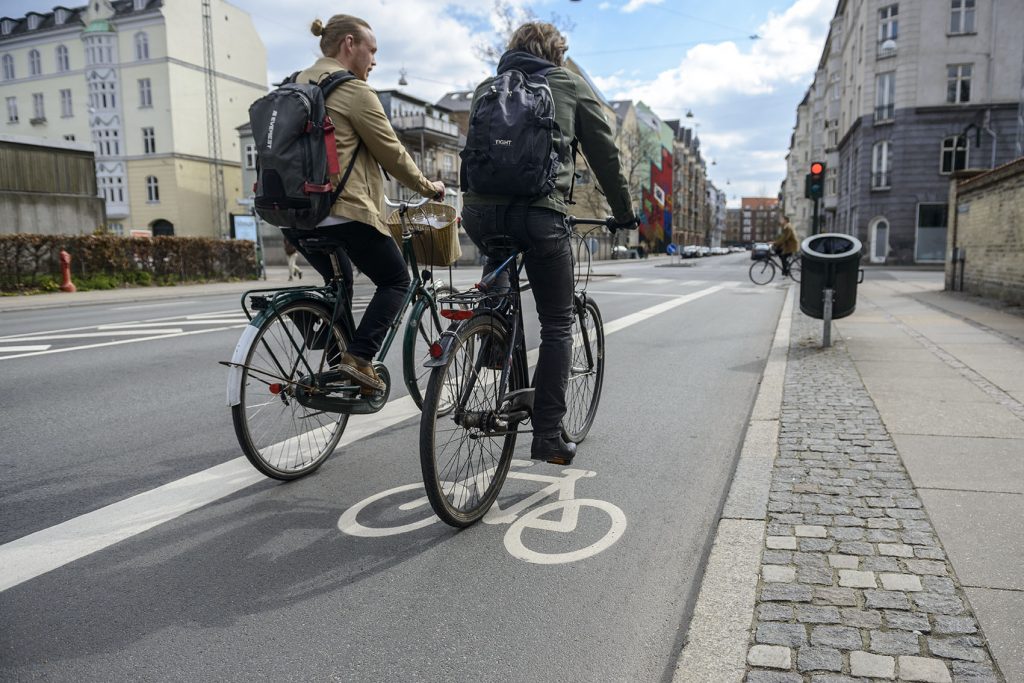 Snow, puddles or just relax while you wait? Waiting for the traffic light to change is made pleasanter leaning on a footrest.

Footrests are installed along the cycle track immediately before the stop line, and there is often room for 2 or 3 cyclists, based on length. Some footrests have an additional railing or handle that the cyclist can hold on to. That way the cyclist can choose whether he wants to support himself by hand or foot.

Footrests also have branding potential since the footrest surface is an excellent channel of information. The footrest is often coated with a non-slip surface that is excellent for writing on, typically an appreciative greeting such as “Hi cyclist – thanks for cycling”, but can also be useful for giving directions or other information as to one’s whereabouts.

Footrests were initially installed in Copenhagen, then spread to other Danish cities, and today footrests are an integral part of the Cycle Superhighways. Today a number of Danish companies offer footrests in various designs. 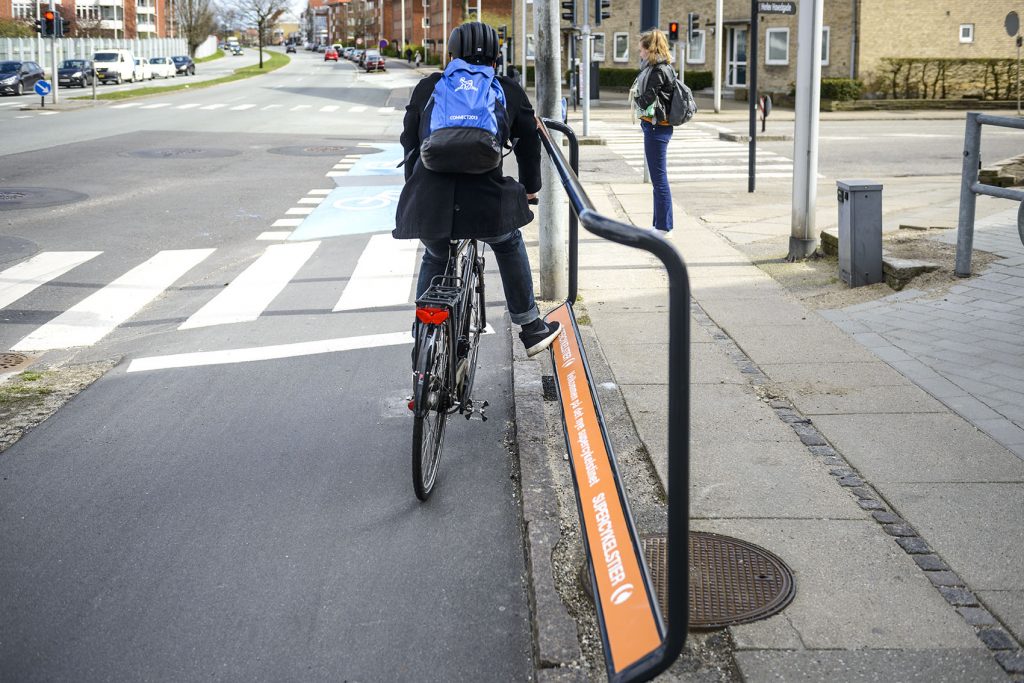 Two footrests, for both hand and foot. Photo: Supercykelstisekretariatet.