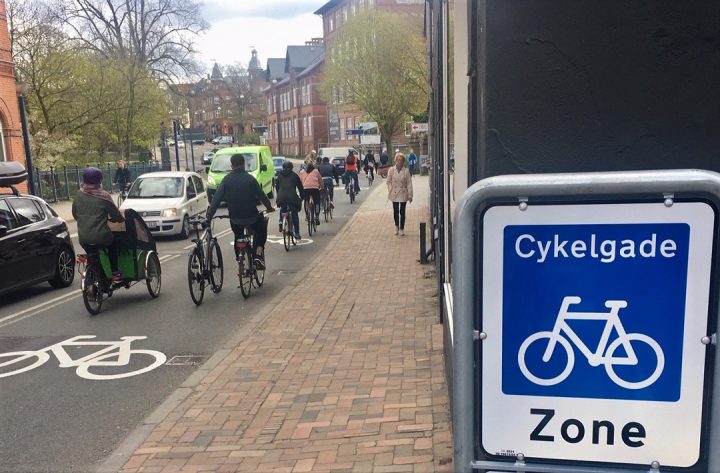 Bicycle streets are a new type of street organization where cyclists have priority. They have been introduced in several cities and the results are promising, but there have to be many cyclists and very little motor traffic to achieve the proper balance between road users.

Bicycle streets turn everything upside down. Cars are the guests on a street designed for cyclists. The principle has been known in Holland, Germany, Belgium and elsewhere for a number of years, but bicycle streets were not allowed in Denmark until 2016. The first Danish bicycle street was Mejlgade, Aarhus in 2012, and since then bicycle streets have been established in several  cities, including Næstved, Vejle, Esbjerg, and Odense.

On a bicycle street cyclists have priority and cars must yield to cyclists. In practice this often means that cyclists ride in the full width of the road, with plenty of space to cycle beside each other or cycle fast. 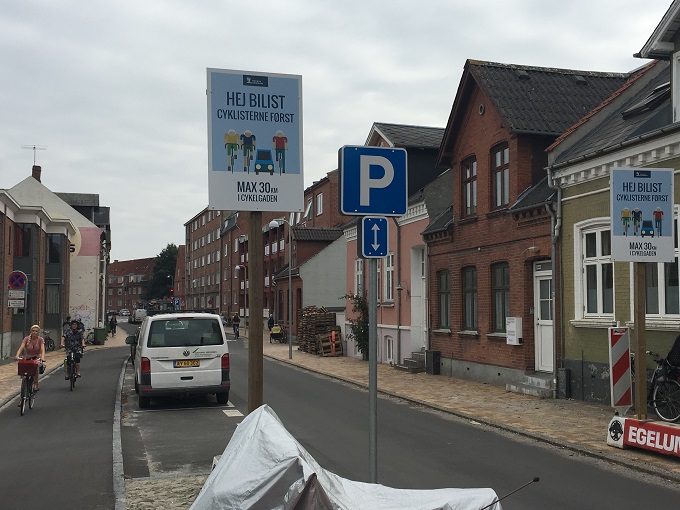 Posters were put up when the bicycle street opened since nobody had any idea of the rules for a bicycle street. Photo Troels Andersen

Bicycle streets are now an official category in Denmark, based on the following principles:

Very few drivers (or cyclists) are aware of the rules, and it may be necessary to initiate an educational campaign when opening a new bicycle street. Road posters are excellent, and communication via the social media can reach a wide range of target groups.

In Odense oversized bicycle symbols to emphasize that cyclists have priority have had an excellent effect. 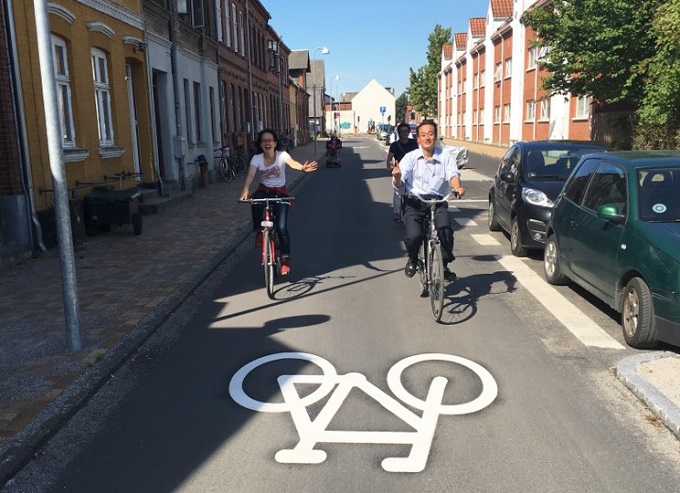 Bicycle streets have become very popular in Odense. This one is one-way with a contra-flow bicycle track. Photo Troels Andersen

The bicycle street on Rødegårdsvej is a great success:

Bicycle streets are here to stay, in Odense too.