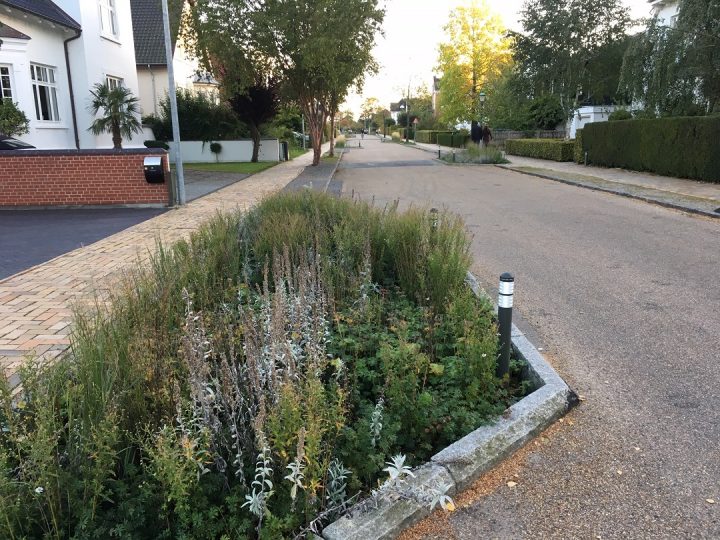 Traffic calming can reduce driving speeds so cycling next to cars is safe and secure. Good designs are available and have achieved excellent results. Speed bumps for cyclists can also be installed and car-free schools can be reinforced with signage.

In both cases it was a question of integrating road users with priority to weak road users.  Later on traffic calming was extended to also apply on road stretches with higher speed limits. Speed bumps have been developed that can be used on stretches with bus traffic.

In practice, living streets are almost only established in new construction since the solution requires removal of existing pavements and laying down a new, continuous surface.

Traffic calming is of great benefit to cyclists, providing them with a greater sense of security and improved safety. 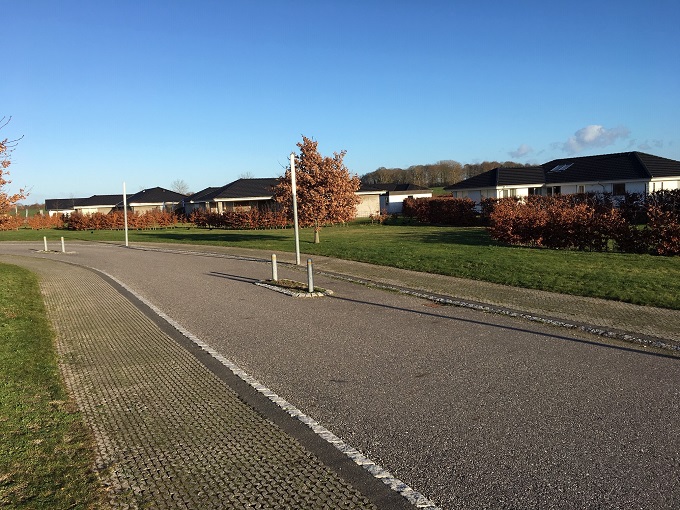 This is how traffic calming should not be done. The staggering only works when two cars meet, and cyclists are squeezed. Photo Troels Andersen

A major assessment of more than 500 projects in the city of Copenhagen showed:

Other Danish studies show that different types of traffic calming in urban areas result in a 20-38% drop in the number of accidents and personal injury.

The general effect of establishing speed bumps in urban areas can be calculated as follows:

Establishing speed bumps will typically result in a motor traffic reduction of 25%.

Normally cyclists should not be required to reduce speed, but it may be necessary in certain situations, for example at road works, events, etc. The Danish Road Directorate has tested several proposals for temporary traffic calming of cyclists:

All test designs resulted in a significant reduction of average speed after passage. The measures that were most effective in reducing cycling speeds were bumps/rumble strips. The black/yellow prefabricated bumps are better than the black mobile rumble strips, and better than a single rubber mat.

New measures for car free zones have been tested around a number of schools in Odense. They target parents who drop off and pick up their children by car since this creates dangerous and insecure situations for cycling and walking children as well as for other cyclists and pedestrians. Many schools experience chaotic situations every morning before the bell rings. Restrictions may be useful to protect the interests of vulnerable road users, and are usually only necessary within a given time limit.

Planners should focus on flexible solutions such as time limits and temporary restrictions. Temporary restrictions may be laid on parking or driving. Car free zones can also be installed for shorter periods or tested as a temporary measure. One local project was carried out in close cooperation with schools and the police including a focused information campaign targeting drivers. 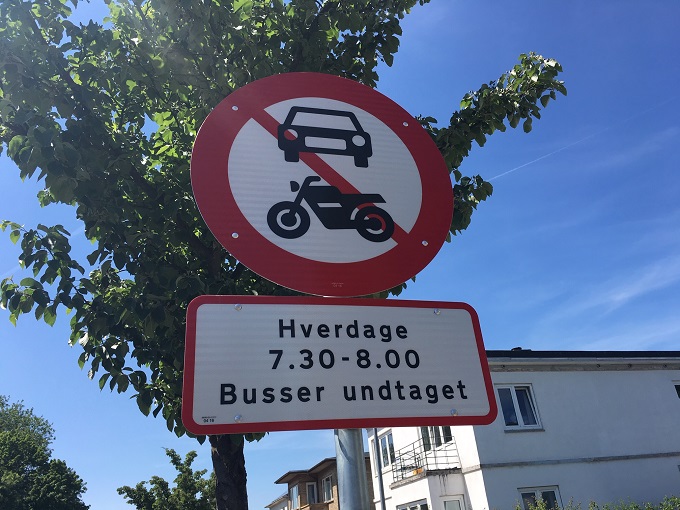