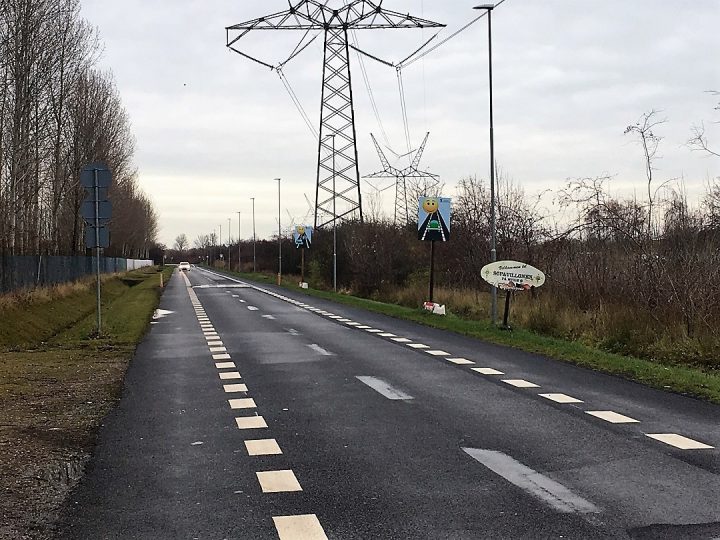 Edge lane roads (or 2 minus 1 roads) can be a cheap alternative to cycle tracks and cycle lanes when space or funding is scarce. Cyclists have priority in part of the space and drivers need to pay greater attention to cyclists. Denmark has had good experience with such roads in rural as well as urban areas.

An edge lane (or 2 minus 1 road) is a new measure in Denmark, and may sometimes be a good facility for cyclists especially. It’s a cheaper alternative to a cycle track or a cycle lane, but does not have quite the same effect.

Edge lanes are often used on minor roads outside urban areas. Silkeborg municipality is an example of the extensive use of edge lanes, in 23 locations.

What is an edge lane?

Edge lane roads are roads with only one visual traffic lane, which is used by road users in both directions and which has a dotted edge line on each side of the road. The edge lanes are used by cyclists and pedestrians and as a passing place when two oncoming vehicles meet. Edge lanes are not dedicated to vulnerable road users, the dotted edge line may be crossed by motor vehicles.

Edge lanes may be established in urban zones and in open country.

Why choose an edge lane?

Edge lanes can improve cycling and walking conditions within the existing road width on roads with limited traffic. Edge lanes can also help reduce driving speeds. Finally edge lanes help increase driver safety because the driver is usually placed in the center of the road. 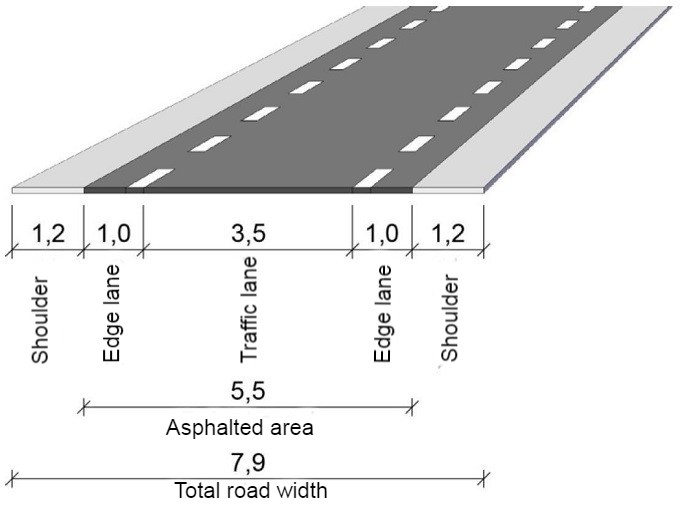 Illustration of principles for edge lanes at 60 km/h

According to the Regulations on the use of road markings, an edge lane must meet the following requirements:

Before establishing an edge lane, planners must make sure that the road layout doesn’t require a center line.

There are the following recommendations: 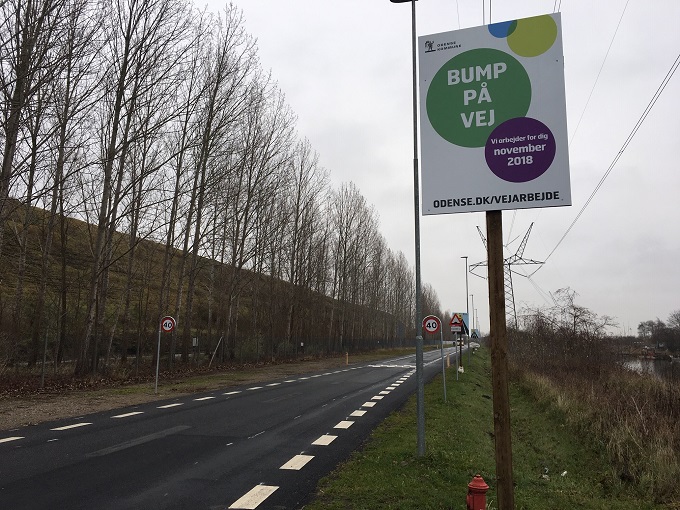 This edge lane road has a speed limit of 40 km/h and there are speed bumps and a parking prohibition on some segments. Photo: Troels Andersen.

Bicycle traffic is a challenge for many local authorities in rural areas, especially when it comes to school route traffic. Traditional cycle track construction is heavy to construct and very expensive. This is the main reason that cycle tracks are rarely established along local rural roads. An edge lane can improve cycling conditions within the existing road width on roads with limited traffic.

Edge lanes also help reduce the actual driving speed, partly by lowering the allowed speed limit, and partly because drivers need to be more considerate of each other when they meet. Experience shows, however, that it may be necessary to reinforce markings with traffic calming measures to achieve satisfactory speed reduction. In Silkeborg municipality there were 50% more cyclists on week days when edge lanes were established.

Finally, edge lanes contribute to increased driver safety because drivers are usually placed in the center of the road. This makes it easier for them to straighten out and avoid driving over the edge of the road if they lose control of the car during a moment’s inattention. The placement of cars in the middle also makes more space and a better field of vision for drivers coming from side roads and private properties, who need to drive onto the road.

A study of the effect of edge lanes (or 2 minus 1 roads) in Denmark showed that the number of accidents dropped by 29%.