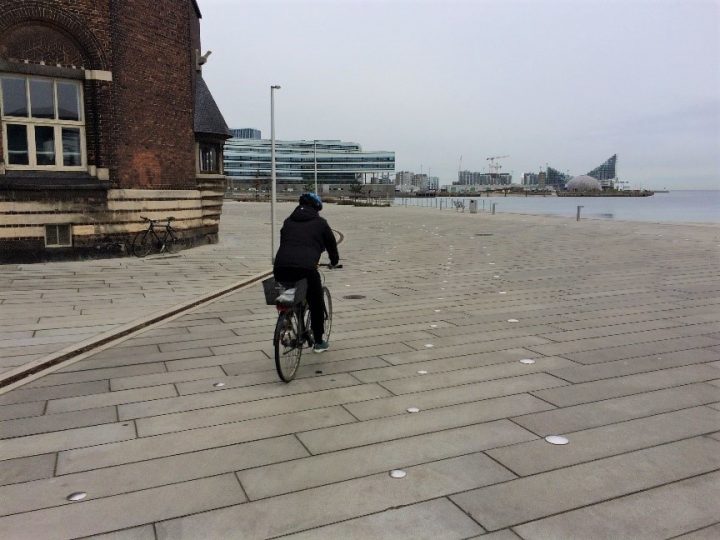 Under certain conditions streets and squares may be designed as shared space, i.e. an area where road users decide together how to share the area. This requires the right balance between the number of cyclists, pedestrians and drivers for it to become a safe, secure area.

The philosophy behind shared space is to deregulate the traffic, and integrate instead of segregate. This creates more mutual awareness among road users, and no one feels ownership or insists on having the right of way in the urban space. Traffic flow is based on being alert to other road users, on eye contact and negotiation, and is slower but more flexible.

Shared space was developed by a Dutch traffic planner called Hans Monderman, who in the 1980s was given the job of reducing the number of pedestrian accidents in cities. Based on accident reports and other documentation, he realized something was seriously wrong.

Hans Monderman describes his method by explaining that when traffic engineers are faced with a traffic safety problem the majority will add an extra element. His own principle, however, is always to remove something. His first attempt at removing signs, traffic lights, kerbs and markings proved  successful. His solutions involved mixing drivers, cyclists, and pedestrian in a shared space where the individual road user is responsible for contributing to a flexible and safe traffic flow. The number of accidents dropped, and the quality of urban spaces rose.

Strædet in Copenhagen is one of the best known Danish examples of shared space. There are five times as many pedestrians here as cars. Photo Danish Road Directorate

Shared space can be an excellent solution, but is definitely not suitable for all roads and streets. Shared space is best in areas with many light road users, often in dense urban areas with many different functions throughout the day. There should also be the type of destination that makes it necessary to frequently traverse the area.

According to the Danish road rules the following conditions apply: 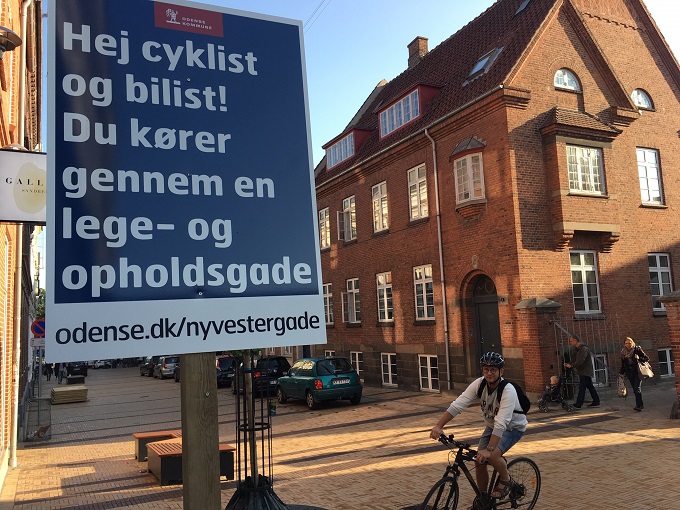 This street is designed as shared space, and signed as a living street since there are significantly more cyclists and pedestrians than cars. Photo Troels Andersen

Blind or seriously visually impaired persons have difficulty getting around in shared space areas, primarily because it feels insecure sharing an area with motor traffic. Guide rails may be installed to resolve the issue.

Cyclists will typically find it natural to seek eye contact with other road users so shared space is basically highly compatible with cyclist’s natural behaviour.