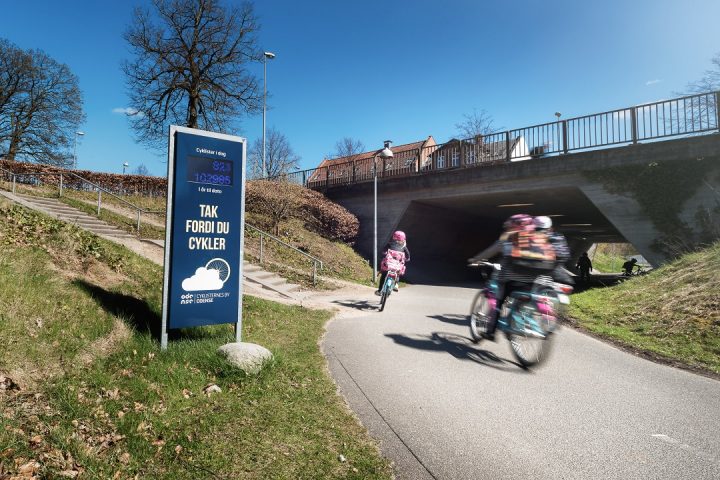 The construction product should be planned with a view to creating investment and drawing up a tender.  Planners should decide whether it’s a good idea to implement general traffic safety measures en masse with an option for carrying out specific solutions later. Future operations equipment must be factored in, perhaps by reordering equipment priorities from road operations.

The cycle track network must be factored into the decision of where to invest traffic funding for operations, construction, and other physical planning.  Sometimes you have to act fast, and then it’s important to have a cost estimated catalogue of ideas and a conceptual design ready for vital improvements of the cycle track network. Out of the box, long term thinking makes it possible to implement new ways of promoting safe, secure bicycle traffic within the existing budget, if the project is well thought out.

When plans are being discussed for new construction or reconstruction of something other than bicycle traffic, a bicycle audit or survey may be carried out with a focus on bicycle traffic to ensure that parts of the cycling infrastructure can be implemented as part of other projects.

Most new construction and major reconstruction is implemented on an individual basis, i.e. one cycle track at a time. But there can be financial and information advantages in implementing many small improvements including signs, marking, etc. en masse, i.e. the same type of minor improvement at many locations at once. Many local authorities have established set-back stop ligns for cars in signalized  intersections, bike boxes, blue cycle crossings, cycling  on red, etc. en masse.

When funding is not available to complete construction all at once or to a sufficiently high standard, an option may be taken on a physical area to be reserved for cyclists . One example is to install a cycle lane along the road with the intention of later establishing a cycle track, or reserving a section of a rural area for a two-way cycle track on one side of the road.  In urban development areas there are also many opportunities for option projects for future use. Consider whether it would be a good idea to reserve areas for cycling infrastructure in the district master plan, including areas for bicycle parking facilities.

Cross profile and intersection design are typically included in the conceptual design phase of a construction project, and a cost estimate is drawn up. When a project has been selected for implementation based on the cost estimate and the conceptual design, the detailed design is drawn up as well as a more accurate cost estimate. A local authority will often ask a consultant to design the final construction project. From start to finish it is crucial to describe the project in great detail, and clearly define the task and the level of ambition.

When a construction project has received political approval and funding, tenders will usually be put out in order to implement the project as cheaply as possible. Open tender usually gets a lower cost than invited tender.  In the case of open tender it is essential to ensure the contractor’s solvency.

It may be a good idea to offer contractors a longer timeframe for the project. Since this may fit in with their general planning, they may give a lower estimate . 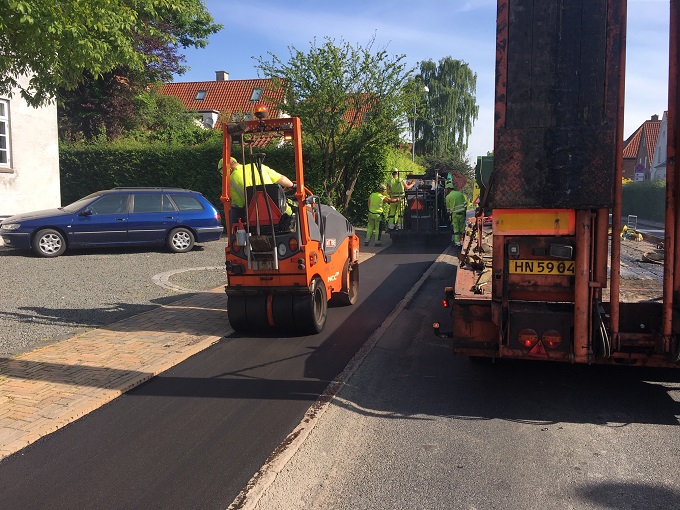 Remember that cycle projects not only need to be constructed, they also have to be operated and maintained for many, many years to come. Photo. Troels Andersen

The cost of operations should also be estimated.  The cost of an urban street with a cycle track will often be greater than without a cycle track, partly because of the extra drainage gullies. A distinction should be made between asphalt maintenance costs and cleaning/snow clearance (which requires smaller machines). Cycle tracks mean greater costs for both.

It’s often not possible to get extra funding for operations, but in the long term and when there are many cycling projects extra equipment is necessary in order to uphold the maintenance standard. Several local authorities have the practice of applying for additional annual operational costs.

Remember that promoting bicycle traffic can reduce motor traffic, and thereby reduce the total operational costs of roads and paths. Cyclists are cheaper.