A survey of cyclist casualties cannot be based solely on police records. Unfortunately, cyclist casualty rates are not falling, largely owing to cars. Accidents occur primarily at intersections, and mostly on weekdays during the summer months. Those most at risk are men cycling in the country.

If a local authority really wishes to promote cyclist safety steps must be taken to establish an accident and emergency registration of traffic accidents. This has worked well at Odense University Hospital since the 1970s.

Another possibility is working with insurance registration or self-reported accidents, which among other things have been used in studies of the effect of cycle headlamps and visible cycling jackets,.

A number of safety analyses are based on behaviour studies with video recordings and conflict study based registrations, i.e. registration of situations that almost became a traffic accident. The method is typically too expensive for most local effect analyses.

The following is based solely on police registered casualties.

The number of traffic accidents has dropped in recent years, but unfortunately the number of cyclist accidents remains stable.  There are approx. 500 serious cyclist casualties and 20-30 mortalities annually.

Intersections are particularly dangerous for cyclists. Two out of three serious casualties occur at intersections. A total of 81 cyclists were killed, and 1,744 seriously injured in an intersection accident between 2012-2016.

The cause is usually the collision between cyclists and cars, but not lorries or vans. In recent years intersections have been restructured, requirements for lorry mirrors have been sharpened, and public campaigns have been initiated, all of which contribute to the fact that the number of cyclist fatalities in right turning accidents  dropped from approx. 10 annually to between 1-5 annually. It is therefore important to remember that approx. 9 out of 10 cyclist mortalities are not due to right turning lorries.

Most accidents could have been avoided if the parties had looked both ways. Alas, we’re all human. Nevertheless there are many ways to improve the infrastructure.

Where do cyclist accidents occur? 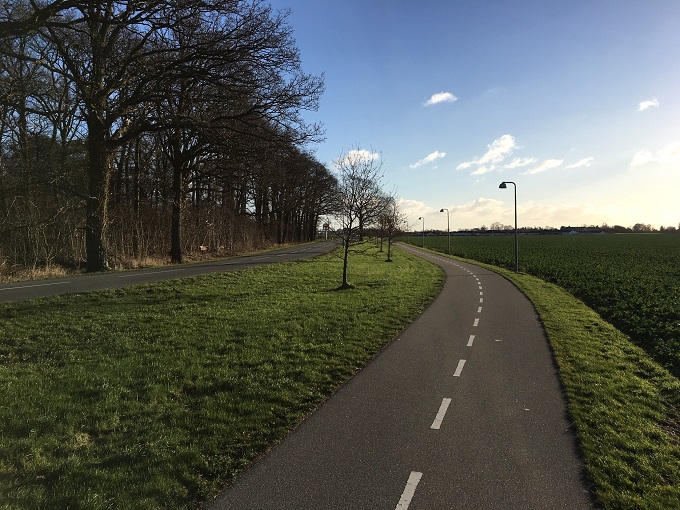 Cycling in rural areas can be dangerous, which is why cycle tracks are crucial for safety, and preferably at a distance off the road. Photo. Troels Andersen

40% of all cyclist casualties occur at intersections without traffic lights, for example when the driver overlooks the cyclist or the cyclist doesn’t follow the right-of-way rules.

When do cyclist accidents occur?

Over the weekend there are significantly more personal injuries in the evening and at night partially due to the greater share of cyclists under the influence of alcohol in the accidents. There is no maximum blood alcohol limit for cyclists in Denmark.

There are slightly more mortalities and serious casualties involving men  than women over a 10 year period, 54% men as against 46% women. The difference is somewhat greater when it comes to mortalities.  Men’s share is more than 66% of cyclist mortalities. This is due to the fact that men cycle more in the country where driving speeds are higher.

DTU, Denmark’s Technical University, has estimated that a male cyclist’s own risk, i.e. his personal risk of being injured or killed, is 1.59 whereas for women there are 1.31 mortally or seriously injured cyclists per 10 million km cycled.

The greatest number of cyclist fatalities is in the 75 + age group, which is the age group that cycles least. This is caused by reduced reaction time and greater physical fragility, which aggravates the injury.

The greatest number of cyclist casualties is in the 25-64 age group, which is the age group that cycles most.

There was no evidence that cyclists wearing helmets rode faster, were more prone to riding under the influence of alcohol, or to committing traffic offences, such as not following the right-of-way rules, or cycling on the pavement.

Bike helmet campaigns are consequently an excellent idea, provided they don’t discourage anyone from cycling.

The initial study of the new airbag helmet shows that it can potentially provide even better protection against head injury than the tradition bike helmet. However further research is needed to determine the effect in different situations and different conditions.

A Dutch analysis from 2008 showed that 13.4% of primarily younger cyclists also carried out another activity while cycling.