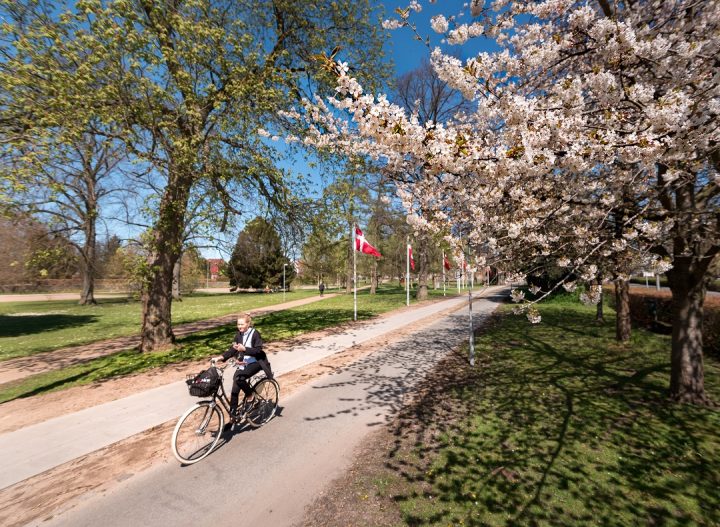 Estimating the correct cost is important. There will be considerable uncertainty during the preliminary stages, but as the project moves on from the planning stage to the final construction, uncertainty is reduced. If it turns out that funding is insufficient, the project may be adjusted and a cheaper solution found.

Estimates of the cost of a large cycling infrastructure plan can be based on local, experience- based unit prices (for example cycle track per km incl. intersection reconstruction.) The unit price of a cycle track on one side of the road at a given location may be DKK 5 million per km, whereas at another location it may be twice as much. A total local cycle track plan may amount to DKK 100 million or more.

It’s a good idea to base calculations of the cost of concrete construction projects on the conceptual design.

The contractor rates shown above are the 2019 level and are used in the estimate and in calculating the costs of cycling infrastructure. An additional 20-80% should be included to cover the cost of pilot studies, project design, inspection, administration, and unforeseen expenses.

The Road Directorate’s practice for appropriations for construction estimates including correctional allowance (A and B) ranges from construction estimates for funding of up to 80% added to the contractor cost (physical estimate) down to simple hedged local projects (contractor cost plus 20%) with no land acquisition and with extremely limited project design, control, and administration, i.e. the 20% primarily covers unforeseen expenses.

A good rule of thumb during the preliminary conceptual design phase of purely local projects is to add a total of 50% to the contractor cost.  20% covers pilot projects, project design, inspection, and administration. 30% covers land acquisition and unforeseen expenses.

As unresolved issues arise during the planning phase unforeseen expenses are recorded and usually end up at 10-15% at the construction start. Contractor costs, however, may have risen in the meantime, and there may also be increased expenses for pilot projects, project design, administration and land acquisition.

Prices depend on the size and scope of the project and there are also geographical variations, up to 20-25% between the capital region and Northern and Western Jutland. This is reflected in the price intervals.

When a project is put out to tender more accurate figures are necessary, and price per square meter, price per running meter, etc. need to be calculated.

The tender price depends on the amount of construction, among other things. Small projects are comparatively expensive. The current state of the construction industry may greatly affect the price, which is also dependent on how busy the contractor is and whether the project can be flexibly worked with other planning. 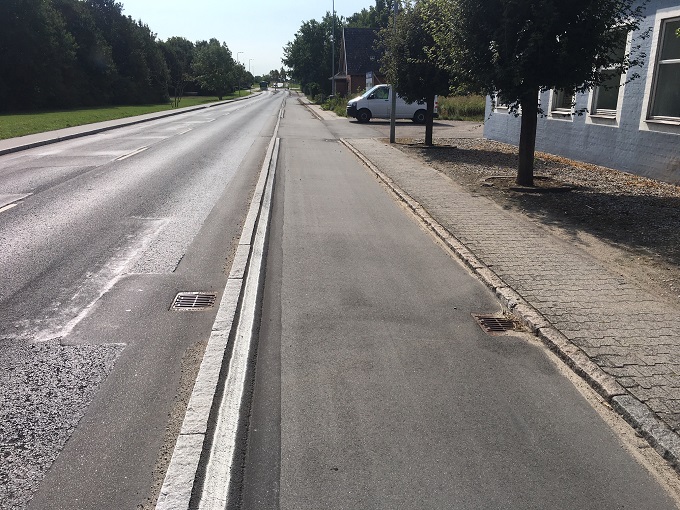 There are examples of local farmers selling land cheaply or donating land for cycle tracks in open country. In Varde municipality cycle tracks were established at less than half price due to cheap land, volunteers, minimum project design and using slag in the cycle track base course. A high level of local engagement can also encourage more people to use the cycle tracks.