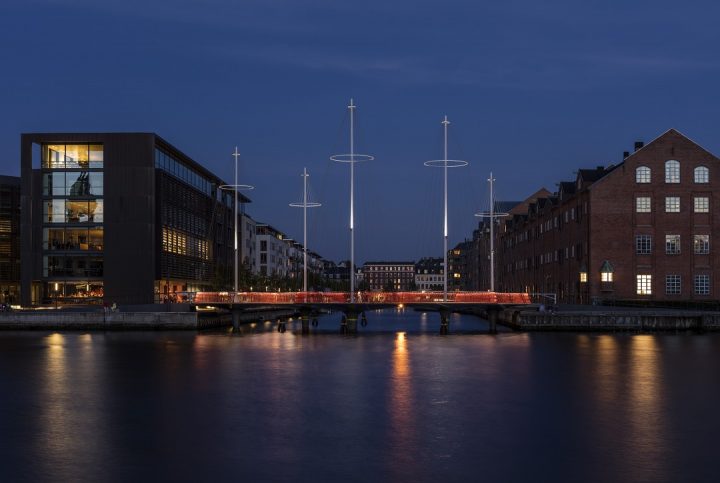 Design can create better cycling solutions and attractive urban spaces, but there must be no compromise on road user understanding and traffic safety. In particular cycle track bridges with the right design can be excellent landmarks in cities and promote a cycling city.

Denmark is well known for its use of design in architecture, furniture, and other products. This has naturally spread to selected streets, squares and other urban spaces where both form and function play a major role. Cyclists appreciate beautiful design too, but it must not be at the expense of function and traffic safety.  Road user understanding of traffic is based on simple, logical principles that are an integral part of the Danish road rules. Traffic signs and road markings are an expression of this logic. 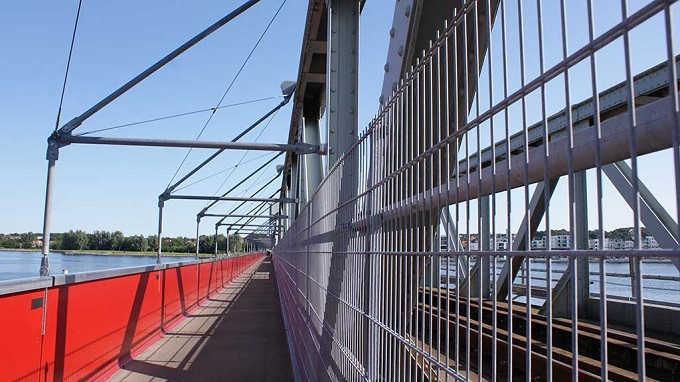 The Cultural Bridge in Aalborg is a bicycle bridge mounted on an old railway bridge. Cyclists and pedestrians can now save two km each way. Photo: Visit Aalborg.

A number of architects wish to challenge this rational system in order to create beautiful road spaces that form a coherent whole with other architecture and planting.

It can be done, but there are unfortunately also examples which have proved unsuccessful. These can be remedied, however.  The subject is best understood by looking at some illustrative examples of road stretches, bicycle bridges, and bicycle tunnels.

Odense Municipality, for example, has a general policy of reserving 1% of a construction budget for artwork.

There have been several examples over the years of trying to fit bicycle traffic into the design of important streets and urban spaces: 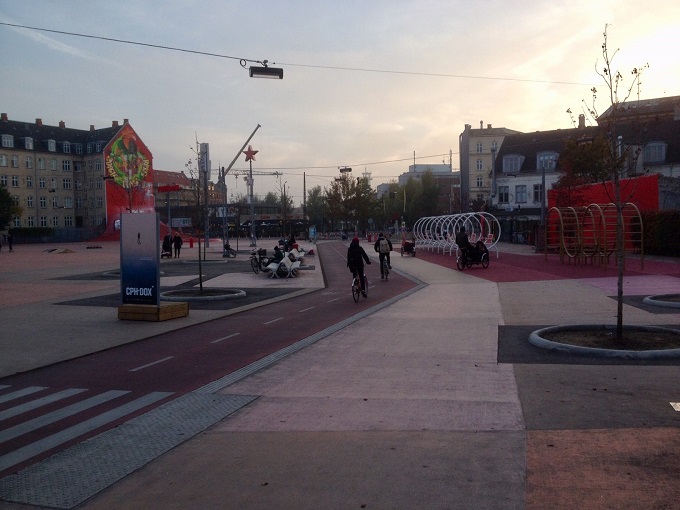 Superkilen (the Super Wedge) is a public park in outer Nørrebro, which is a part of the city of Copenhagen’s neighborhood  renewal scheme. Photo Troels Andersen. 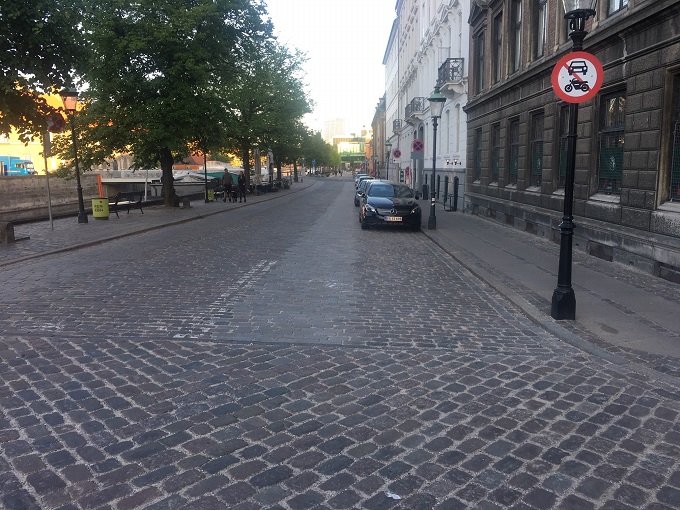 At Frederiksholms canal in Copenhagen a flat top has been cut on the cobble stones in the cycling area along both sides of the street. Simple and elegant.  Photo. Troels Andersen

Over the years there have been several examples of promoting bicycle traffic in key urban spaces by establishing new bicycle bridges. 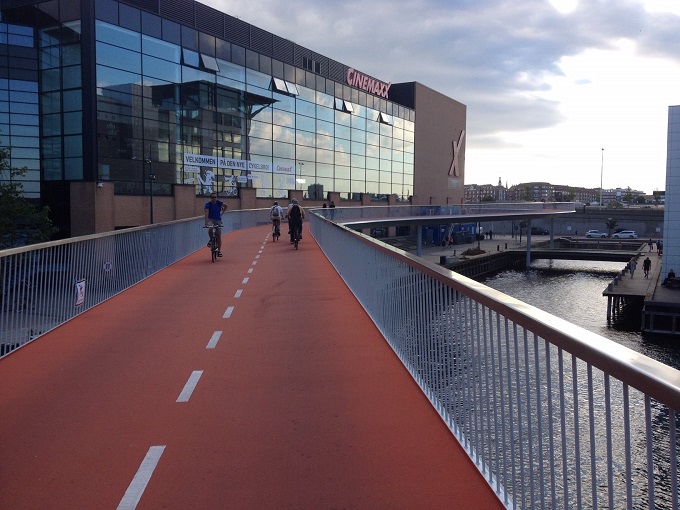 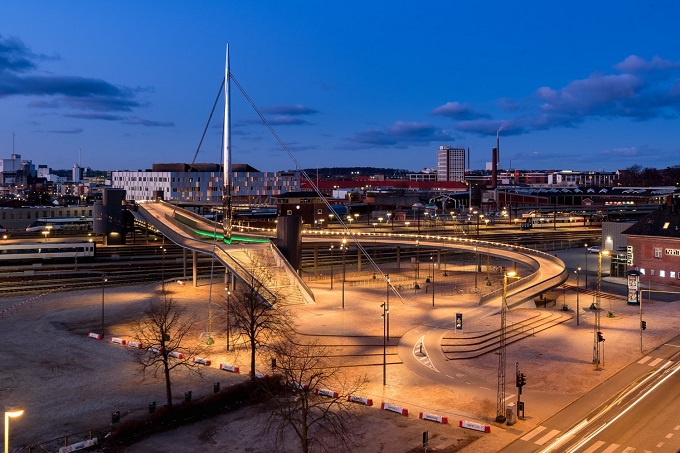 City Bridge, Odense has become a landmark and a symbol of the city of cyclists. Photo: Odense Municipality 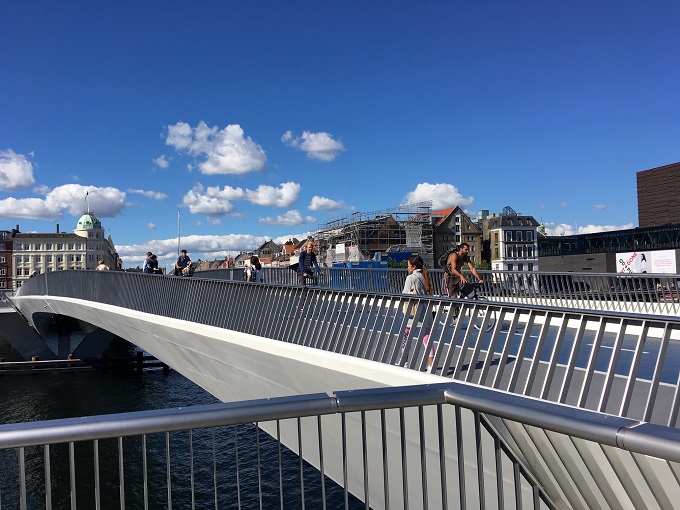 Inderhavnsbroen Bridge in Copenhagen met with a number of technical challenges along the way, but is now a great success among cyclists and pedestrians. Photo. Troels Andersn