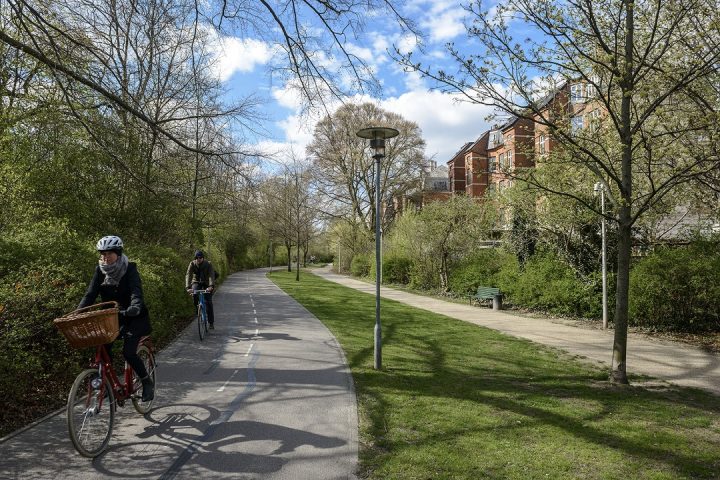 The cycling infrastructure should be planned in connection with the municipal master plan, local plans, and plans for school routes and traffic safety. There should be clearly formulated objectives and a realistic budget. It may be worth applying for external funding or co-financing from other types of project.

Build on the existing cycling infrastructure and the Danish cycling tradition

: We love to bike

Traffic calmed or speed reduction areas and roads or minor roads with little motor traffic and moderate speeds may be part of a recommended cycle route.

The future of cycling infrastructure

The municipal master plan should contain a plan for the road network and a plan for the cycle track network. If this is not yet the case it may be a good idea to start by drawing up a sector plan for cycling infrastructure, which can be written into the next master plan. Improved cycling facilities can also be planned as part of a traffic or mobility plan. There will typically be a considerable overlap between the municipal traffic safety plan and plans for secure school routes.

Ideally, the principles for road network solutions should be laid down in municipal planning, for example in connection with road and path classification, as well as in local plans pertaining to principles for street function and design. It may be a good idea to include a special category for large shopping streets with mixed traffic and functions (strøggader). There is also a new category in Denmark, the so-called bicycle street with mixed traffic where cyclists have priority. 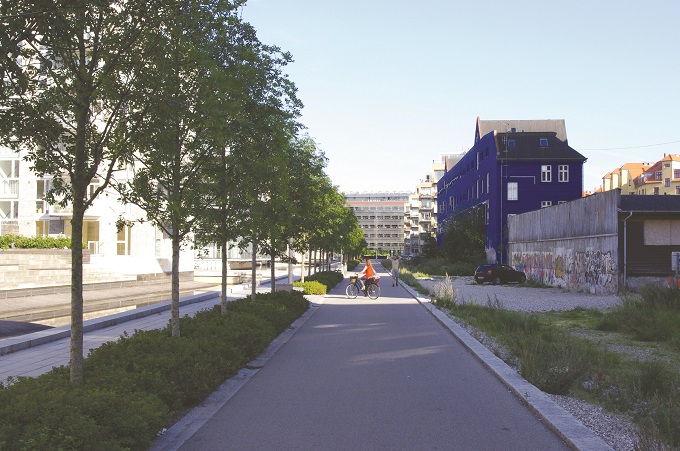 Section of a green cycle route in Copenhagen, established “for free” for the city through an urban development project by Ny Tøjhusgrunden. The cycle route was included in both the municipal master plan and the local plan as part of the Amager route. Photo City of Copenhagen

In addition the plan will often include traffic safety objectives.  Planners have been systematically working on improving traffic safety for years, and recently there has been a special focus on cyclists and pedestrians.

The work is underpinned by national objectives, which are often written into the local authority’s objectives. The aim of traffic safety work is to prevent accidents, but not necessarily to encourage more people to cycle.

However, when it’s a question of getting more people to cycle, the cyclist’s sense of security, i.e. the cyclist’s subjective perception of safety, is the crucial factor. For many people a sense of insecurity is a reason for not cycling. Improved security is often an objective in infrastructure plans, strategies, etc., but usually in vaguer formulations than traffic safety. This is because it’s more difficult to measure security in traffic. Nevertheless it can be done, for example in telephone interviews or questionnaires in connection with bicycle account user surveys. The results are subjective, and reflect citizen expectations. Actually, citizen expectations often grow faster than the infrastructure can deliver.

Objectives can also be formulated for better accessibility or faster traveling speeds. It’s a fact that a cycle lane or a cycle track on a given stretch encourages 5% and 20% more people to cycle, respectively.

The City of Copenhagen aims at increasing cycling speeds by 10% over a number of years. This made it necessary to develop a measuring method in order to follow up on the objective.

Increased bicycle traffic will often be a more or less clearly stated ambition in a bicycle plan. The objective may be qualitative or quantitative, and more or less binding. The objective should be high, but not unrealistically so, and not too unambitious either. For example: a bicycle traffic increase of 5-10% over a 5- 10 year period, if there is a practice and funding.

When a bicycle action plan (or more specifically a cycling infrastructure plan, i.e. a cycle track plan) has been approved and initiated, sufficient funding is usually not available. Public debate, however, will often help focus political interest and can make funding for the project a political priority.

Co-financing with state funds (including funding for construction projects from a national bike pool) or EU funds (not normally for funding construction projects) is sometimes possible. There is considerable eagerness on the part of the EU to involve Danish local authorities in EU projects, and local politicians might be interested in participating. External co-financing can serve as a lever for initiating cycling infrastructure improvements.

However, the most likely scenario is that by far the greatest part of the budget must be financed locally.  The local authority will be able to save a good deal on driving costs due to dangerous school routes and in the long run will save large amounts of money due to improved physical and mental health and fewer traffic accidents. 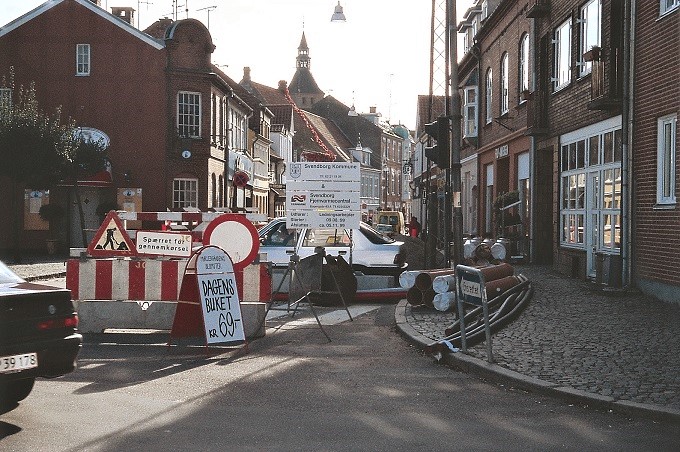 Cycling conditions can be improved in connection with cable excavation, for example. However, this requires considerable planning long before excavation begins.

A well thought out plan is necessary in order to be able to seize the opportunities for implementing cycling infrastructure improvements as they arise.  A new cycle track with direct access to an existing cycle track network will attract users and maximize utility value.